Throughout his 25-year professional career, Bill Bymel has strived for exceptional. And along the way, he’s never lost his desire to impact our society in a positive manner. 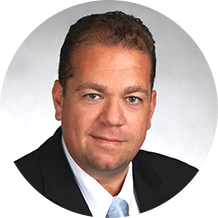 While attending NYU Film School in the early 90s, Bill’s work garnered multiple awards including recognition from the Academy of Motion Picture Arts and Sundance Film Festival among others. His short films and commercials have been featured in movie theaters, at film festivals, and on television. After a brief but successful stint in Hollywood, Bill returned to his hometown in South Florida in 2002 to pursue a career in real estate and raise a family.

Bill’s experience with residential real estate was the driving force behind RSI’s expansion into loss mitigation and asset management in 2008 when Bill and Nate formed RSI Asset Management to cater to the growing number of non-performing mortgages that were flooding the market. In addition to representing private equity and hedge funds, Bill began investing in the NPL market himself, details of which are highlighted in Bill’s recently released book about the industry called WIN-WIN REVOLUTION.

In 2012, Bill was engaged by Peter Slagowitz to oversee a portfolio of real estate and mortgages on behalf of Spurs Capital. From his role as Managing Director and/or VP of several fund entities, Bill has been responsible for the valuation, acquisition, asset management, mitigation, and liquidation of over $200 million in real assets, primarily based in Florida.

In 2014, Bill founded NPN Capital Partners with a vision to create an investment management group with a paradigm for social impact investing. NPN’s first PE fund will launch in 4th Quarter 2017 with a focus on non-performing, sub-performing debt and distressed real estate.